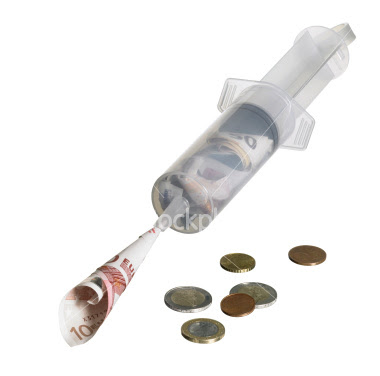 OTTAWA — The world's major central banks, including the Bank of Canada, are launching a rare coordinated action to calm global credit markets and smooth out transactions over the end of the year.

The Bank of Canada, the U.S. Federal Reserve, the European Central Bank, the Bank of England and Switzerland's central bank made a joint announcement Wednesday, saying they were taking coordinated measures “designed to address elevated pressures in short-term funding markets.”

Investors applauded what was yet another step to deal with a severe credit crunch stemming from the tightening of bank lending standards. The Dow Jones industrial average was up by more than 100 points in midday trading, after rising more than 270 points in early trading, while the S&P/TSX composite index gained more than 120 points.

“At the very least these measures should tide the markets over the potentially awkward New Year period, and hopefully well into 2008 as well,” Capital Economics said in a research note. “They do not address the underlying imbalances threatening the world economy – notably the impact the U.S. housing slump will still have via conventional economic channels – but they should at least reduce the risk that the credit crunch tips economies into recession.”

For its part, the Bank of Canada will inject liquidity into short-term money markets, something it has resisted doing over the past few months despite widening spreads in short-term debt markets.

To date, the Canadian central bank has only concentrated on injecting liquidity into the overnight market to defend its target interest rate, which stands at 4.25 per cent. But spreads on credit for terms longer than overnight have been high and widening recently.

The central bank will enter into purchase and resale agreements with banks Thursday to the tune of $2 billion, followed by a minimum of $1 billion next Tuesday.

The Bank of Canada will also expand its list of collateral, something financial institutions have been begging the central bank to do for months.

Acceptable collateral for the term liquidity includes Government of Canada bonds and bonds guaranteed by the government, such as Canada Mortgage Bonds and securities backed by provincial governments, and bankers' acceptances and bearer deposit notes.

The Bank of Canada also said it would begin in March to accept some kinds of asset-backed commercial paper, or ABCP, as collateral for borrowing from its standing liquidity function, a pool from which banks can borrow at the bank rate, on an overnight basis, to help deal with temporary liquidity problems in their settlements.

To be accepted as collateral, the ABCP can not be the type that froze Canadian markets in August. Rather, it must be backstopped under global rules, not looser Canadian rules, the central bank said.

The fact that the Canadian central bank is taking measures it has resisted to date — making plans to accept ABCP as collateral, getting involved in term lending, and being more lenient in the collateral it accepts – suggests grave and urgent concern on the part of the central bank.

And the fact that it is coordinating credit-oriented action with other central banks suggests problems are deep and widespread, heading to a climax as the year draws to a close and demand for liquid cash spikes.

The liquidity measures are aimed at flooding money markets with extra readily-available cash at a price lower than the market is demanding now. The measures are meant to drag spreads back to more normal levels, and instill confidence in the markets.

While each central bank's measures may seem modest taken on their own, they are impressive if taken together and should be effective, said Mark Chandler, fixed income strategist at RBC Capital Markets.

Markets balked yesterday when the U.S. Federal Reserve cut its key rate by just a quarter of a percentage point, feeling the Fed was not sufficiently recognizing the pain felt from the credit crunch.

The Fed's response makes more sense now, with the news that it is coordinating with central banks to inject liquidity, Mr. Chandler said.

The action comes alongside interest rate cuts by the Fed, the Bank of Canada and the Bank of England, he pointed out, and as a package should ease problems in debt markets.

Mr. Chandler said it is wise for central banks to work together, since the problem of widening spreads in credit markets is globalized – more expensive borrowing conditions in one country has sent borrowers scurrying to other countries in search of better rates. But the pressure of their demand made for more expensive borrowing in other countries too.

So a problem in England quickly became a problem in Canada and the United States.
“We've all been fighting for the same thing, which is a pool of liquidity,” Mr. Chandler said.
That pool is now larger and easier to access.

In a statement timed to occur before the start of trading, the Fed said it planned to offer $40 billion (U.S.) in emergency funds to banks next week through an auction process.

The Fed said that it was creating a temporary auction facility to make funds available to banks and was also setting up lines of credit with the European Central Bank and the Swiss Central Bank that could be used for additional resources.

The first two auctions of $20 billion each will be next week on Dec. 17 and Dec. 20.
Analysts said the use of auctions to try to get more money into the banking system was an acknowledgment that efforts to spur direct loans from the Fed to banks through the Fed's discount window had not worked as well as hoped because of banks' fears that investors could become worried if they started utilizing the Fed's discount window to any large extent.

The Fed said it was also setting up lines of credit with the European Central Bank and Swiss Central Bank that could be used for additional resources.

The Fed said the new auction process should “help promote the efficient dissemination of liquidity” when other lines of credit were “under stress.”

It said that the temporary swap arrangements being set up would provide up to $20 billion in reserves for the European Central Bank and up to $4 billion for the Swiss National Bank. The reserves would be available for up to six months.

Since the global credit crunch hit with force in August, central banks have been injecting massive amounts of money into the banking system in an effort to keep credit flowing.

However, those efforts have only been partially successful. Many businesses and consumers report rising trouble in obtaining loans as banks become more fearful about extending credit in the wake of a surge in bad loans stemming from the U.S. housing crisis.

But I thougth these problems were contained to the United States and only affected a few deadbeat borrowers called subprime!?!?!

It just keeps getting more "scary".

The Dow Jones industrial average was up by more than 100 points in midday trading, after rising more than 270 points in early trading, while the S&P/TSX composite index gained more than 120 points.

But at the end of trading was only marginally up.
Dow 13,473.90 +41.13 (0.31%)
Nasdaq 2,671.14 +18.79 (0.71%)
S&P 500 1,486.59 +8.94 (0.61%
What I see in this is a stockmarket, and real estate market running almost entirely on herd mentality or phychology off the crowd. I think fundamentals are so bad investors of both real estate, and stock equities now are reacting only to this herd instinct. This coming year will be so volatile, that businesses will cut back severely if for no other reason then confusion. Government intervention historically only delays the free market and results in worse long term results. I think we are in for a bad year for bulls and bears as unemployment rises, government tax revenue plummits, and political interferance causes chaos. We'll probably see the Canadian $ back up at $1.10 and down to 90 cents in the same year. How may I ask does anyone plan anything in that kind of climate?

No way on earth could a world fiat currency be implemented. The closest we ever got to that was the USD as reserve currency, and that status looks shaky. They couldn't even get the Brits to join the Euro.

So if they're gonna crank up inflation does the idea of buying now become less bad? Yup it's expensive but it won't be if my salary is going to jump in the next 5-10 years.

I must say I'm really suprised. Almost every other time in history investors have been left to take their lumps (including myself). Why are we going out of our way to protect them now?

Yup it's expensive but it won't be if my salary is going to jump in the next 5-10 years.

Problem is it won't. This isn't the 70's. Wages will not keep up with inflation, which means inflation will put downward pressure on RE prices, not upward.

Curiously Greenspan has been blaming globalization for the RE bubble, while seeming to be unaware that it is in fact one reason why the bubble cannot be sustained even in nominal terms.

Oh yes I also should have added that the bear market in bonds which would be brought on by inflation would also hurt RE valuations, as well as stocks (check out their performance circa 1968-1982).

"Oh yes I also should have added that the bear market in bonds which would be brought on by inflation would also hurt RE valuations, as well as stocks (check out their performance circa 1968-1982)."

Very astute observation patriotz. The bear market in bonds has begun in earnest and we are in year 2/3 of probably 15/20. A bear market in bonds is also bearish for equities and real estate. Most people fail to see the extremely important connection between bonds and RE. The demand for bonds pushes interest rates lower, which pushes real estate and equities higher. When demand for bonds dries up and yield expectations go up, watch RE and equities tumble.

And yes, because of global wage competition, there won't be too many raises coming for too many people.

That is a pretty bold prediction! Bond markets are known for their efficiency so some unknown factor must not yet be priced in for bonds go sour en masse.

Hello I just entered before I have to leave to the airport, it's been very nice to meet you, if you want here is the site I told you about where I type some stuff and make good money (I work from home): here it is

Every blog I seem to read recently seems to have something about the economy. I am not saying it is a bad thing, with the mortgage situation at the moment, so many people are finding them selves with negative equity. I think this I just one more reason to get a Mortgage Bond.