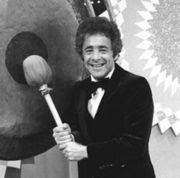 1) It is more complicated than necessary
2) It penalizes people for being innovative, for being more productive and for working harder.

I'm not talking about abolishing income taxes here but my biggest gripe is with the fact that our income tax system penalizes people who are trying to improve their family's well being and the general well being of our country. Let us use an example:

Imagine Bill. He owns his own company and he works hard to find new ways to serve his customers through better products and services. Lets pretend that Bill, because he works hard, makes a personal income of $100,000 per year. In BC, under our tax system, ignoring personal deductions, he pays $28,187 in income taxes, leaving him with $71,813 to feed, house, and cloth his family. This seems alright since Bill is a proud Canadian and doesn't mind paying some tax to help run his country and his average tax rate seems reasonable at 28.1%.

Bill is considering implementing a new service in his company and he would earn an extra $100,000 per year if he implemented this new service. His customers would be very well served and this would be a tremendous innovation for his industry. The drawback is that Bill would have to invest a little, risk losing his idea, work longer hours and be away from his family in order to implement this innovation. Bill does some figuring and looks at what he should do since his family could really use the money to pay for braces, education, a family vehicle and a family vacation. Bill figures that if he implemented his new service and worked the extra hours he would earn $100,000 extra per year, bringing his gross income up to $200,000. He also figures that he would go from paying a reasonable $28,187 in income taxes to paying an excessive $71,339 in income taxes and he would go from a net income of $71,813 to a net income of $128,661 - an increase of only $56,848 for all that investment, risk and effort - leaving him with an average tax rate of 35.7%.

Unfortunately, for his customers, Bill decides that the investment, risk, and extra work is not worth $56,848 per year and makes the choice to postpone the implementation of this service until it makes more sense.

This situation is actually all too common in Canada because successful and innovative people like Bill make economic choices everyday based on the net benefit to them, their company, and their family. Our tax system unfairly taxes the people who would likely create new jobs, invest in equipment and provide innovative new services given the right incentives. I'll talk more about our tax system again soon.

Find out your own personal tax rates here.

Dude, Bill needs to incorporate his business and employ some family members, write off some of his expenses, etc.

In short: Bill needs an accountant. :)

Overall I think the system for "regular employed workers" is a little too confusing and can be expensive at higher income levels. For small business owners I think our system is great.

No doubt Warren! Bill could avoid all of the extra taxation by implementing a few simple steps but I wanted to keep it simple for communication purposes.

There are limits to the amount of write offs and income splitting techniques that one can establish and I have met people in a similar situation to Bill who have exhausted all other tax avoidance measures and they often make the same choice Bill did.

The problem does creep in for high income earners who have the opportunity to do good work that is highly desireable for society. EG - Doctors, dentists, engineers, etc. They often choose to stay home because of 'net benefit' of the extra effort is far less than the 'net benefit' of the previous effort.

Yes, I was reading something in the Globe and Mail about the population growing almost completely due to immigration. While I am happy with immigrants, someone wrote-in saying the reason families are having 1.5 kids and we are relying on immigration is because the unfriendly family policies favour individuals (and immigrants? I don't know about this) rather than families.

It would mean that all future immigrants would eventually come under our taxation and also maintain the average 1.5 population growth so we would continuously be required to rely on immigration, never natural growth, unless the current tax structure was changed.

This seems to fit with your comments about "Bill" who dosen't want to sacrifice family life for work. Would he be better off if his wife joined him and he paid her half would they get taxed less this way (as individuals)?

vineland said: Would he be better off if his wife joined him and he paid her half would they get taxed less this way (as individuals)?

In short - yes - he would be better off financially. Many people do make that type of choice and sacrifice other things to get ahead financially. As you are alluding, this choice does impact how many children people have.

I completed my first corporate tax return this year and I am quite jaded by the tax system. Here are the biggest problems with the Canadian tax system IMO:

1) Complexity** (as mentioned) - I read a study that suggest 15% of US gov't revenue goes to pay for the IRS. Probably the same in Canada.

2) Politics - the tax system will never be simplified because there are so many special interest groups the government wants to please with special deductions and tax pass through allowances etc.

3) Zero sum work. Why do we need to calculate GST paid, then GST collected, then remitt $0 to the government? That $0 cost our country 4 hours of my time. Multiply by 10 million tax filers...

4) Structure impacts tax paid. My status as sole proprietor, corporation, salary vs. dividends impacts my total tax paid....why should the formula I use impact my tax paid?

Come on, Bill, make the world a better place!

There are many ways to reduce tax at higher brackets if you know the tricks. Ask Paul Martin. I'll give income taxes a gong for Byzantinism.

Bill could avoid all of the extra taxation by implementing a few simple steps but I wanted to keep it simple for communication purposes.

But doesn't that leave your example and your argument disconnected from reality? If Bill ran the business in a company the corporate tax rate on the first 400,000 of income would be something like 16%. This fairly simple policy encourages risk-taking, innovation, and reinvestment.

Your example works better if Bill is a wage-earner and considering whether he should put in extra effort (training, hard work, etc.) to increase his productivity and earn a raise or get a higher-paying job. Will his higher marginal tax rate cause him to conclude that it's not worth the effort? Maybe in some cases.

I agree that the complexity and administrative costs of the system are troubling.

guy:
3) Zero sum work. Why do we need to calculate GST paid, then GST collected, then remitt $0 to the government? That $0 cost our country 4 hours of my time. Multiply by 10 million tax filers...

Also related to your complexity point, I heard several years ago that administration of the GST cost nearly half of what the government collected. Now that it has dropped to 6%, it must be around half.

Guy, I don't know if there is software available, but its certainly made tax returns easier to complete and make sure they are done right for me. I'm a regular wage earner, but with a rental property, RRSPs, some other savings and stocks, etc.

I have recently been considering going out on my own as a consultant, since I'm starting to get punished (like Bill) for doing well as a regular wage earner.

The tools available encourage me to do so, by being able to incorporated. Of course there is risk, but I can't complain too much about the tax rates for small businesses.

Bill and all wage slaves need a break and income taxes in Can'tada get a big gong from me.

This country does not encourage saving and investing, it promotes borrowing and consuming. The government has its hand in everything and we are the ones who are paying for it.

Look at me, just from when I got up today. Got in my car (which I paid 1100 dollars in GST for when I bought it, USED!), and drove to the PETRO CAN'TADA. Why are gas prices higher here than in the US? Oh, luckily there was a sign at the pump that explained it to me about how we pay as much as we do in taxes at the pump.

I drove to my Mcjob carefully because I don't want ICBC coming after me (aren't they a government entity raking in millions?) and started working for 60 cents on the dollar.

Went for lunch and paid the tax man again.

Bought some socks and paid the troughfeeders in both Ottawa and BC on that one.

Why are our taxes so high? Could it be that our government is too big for our little country? Is it our health care? Which reminds me, I got a 96 dollar MSP bill in the mail today.

That's my rant, I apologize.

Nobody likes paying taxes, and lots of otherwise smart people are convinced that governments can keep doing everything they do now, with a lot less revenue.

The tax system here is really not that bad on small business people. For wage earners it can be rough. That being said, it tends to be roughest on the people with highest incomes, but regrettably these are the types that can afford to take the hit.