BC Stats just released (PDF) its quarterly population estimates and BC continues sluggish growth through Q3. 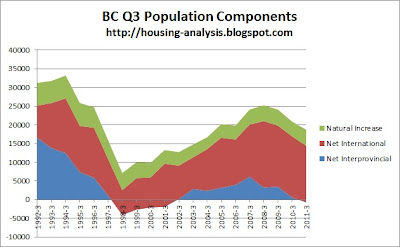 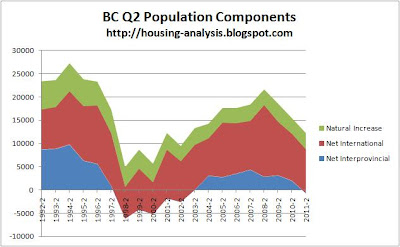 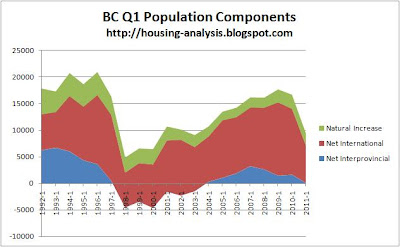 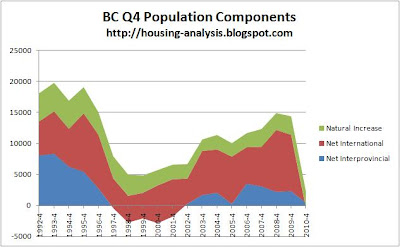 Below are graphs of NPR migration and annual population growth up to 2010: 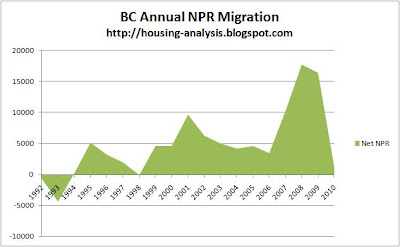 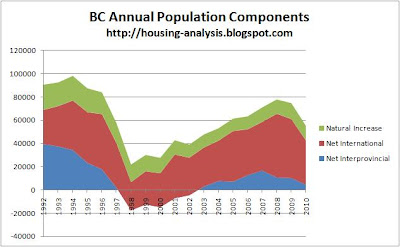 Weak population growth in Q4-2010 through Q2-2011 has further extended into Q3-2011, and Q3 is respectable mostly by virtue of increased NPR in-migration and not permanent residents. These recent population data are what I would characterise as a continuing bearish indicator for BC real estate, especially for owner-occupier dwelling formation.
Posted by jesse at 12/21/2011 02:04:00 PM

Great info Jesse. My property assessment value this year didn't change much. My friend in North Vancouver said his house even lost a bit of value compared to 2011. I guess this data shows us why. I hope the BC gov't can find some way to make our province more attractive.