OTTAWA – The Bank of Canada today released its October Monetary Policy Report, which discusses current economic and financial trends in the context of Canada's inflation-control strategy.

Here are some highlights:

Since early August, the Bank has again been using these tools to counter upward pressure on the overnight rate and keep it close to target. 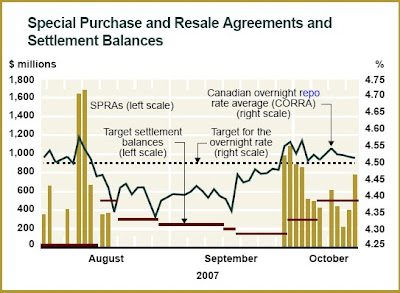 The Cost and Availability of Credit in Canada
Credit conditions in Canada have tightened since late July, reflecting a repricing of risk as investors have become less willing to hold a wide variety of private sector securities, most notably asset-backed commercial paper (ABCP). The degree of tightening in terms of changes in the availability and cost of financing for financial institutions, firms, and households is difficult to estimate. Since the situation is still evolving, estimates are subject to a high degree of uncertainty. But what is clear is that the costs of borrowing from the market or from banks has increased, and credit conditions have tightened.

The cost of funding for Canadian banks through various market instruments has risen 10 to 35 basis points relative to the rates observed at the end of July. Increases in the costs of deposits have been more modest. Some borrowing rates posted by financial institutions have increased over the past few months. Effective borrowing rates for both business and consumers have also increased as the extent to which discounts on posted rates offered to households and businesses, such as the prime rate, have diminished. In addition, some financial institutions have increased covenants on new loans, and others have indicated some reduction in new loan originations. All told, the effective costs of household and business loans from financial institutions are estimated to have increased by about 20 to 35 basis points.

Businesses’ cost of borrowing through financial markets has also increased somewhat since July. The overall cost of issuing short-term market debt is estimated to have increased by roughly 20 to 30 basis points. Based on observed prices, the cost of long-term debt is estimated to have remained largely unchanged, but the actual amount of issuance has been relatively small and remains limited to investment-grade borrowers.1 As a result, observed prices likely do not fully reflect actual borrowing conditions. When the different components of bank and market borrowing are aggregated, the weighted average cost of borrowing for non-financial firms has increased by at least 15 to 25 basis points. 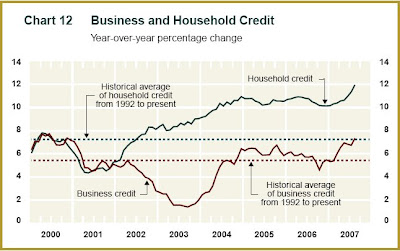 Overall, the cost of borrowing for households and businesses is estimated to be about 25 basis points higher, relative to the overnight rate, than it was prior to the summer developments, and availability and terms of credit have tightened modestly. 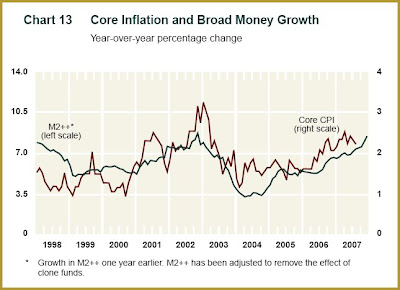