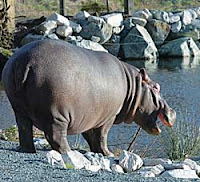 It looks like our 'economist' friend Cam Muir is interested in the Langley real estate market! This article from the January 9th, 2007 Langley Advance newspaper tromps out the usual suspects: BCREA Economist, Head of the FVREB, and even some politicians but not any real analysis or solid journalism.

The price of a home in Langley has almost doubled during the past five years.
by Matthew Claxton
Langley Advance, January 9, 2007

For those buying their dream home in Langley, 2001 was a lot easier on the pocketbook than 2006. The Fraser Valley Real Estate Board released a five-year analysis of home prices to ring in the new year. Prices for a single detached home in Langley have risen by 86.3 per cent over five years, from an average price of $247,000 to $460,137. Townhouses and apartments were affected similarly. Townhouses prices have gone up by 70.8 per cent, from $164,235 to $278,782. Apartment prices have risen by 90.6 per cent, from $102,046 to $194,491. Few people would have predicted this kind of jump in 2001, said Fraser Valley Real Estate Board president David Rishel. "I try to avoid any kind of predictions," Rishel said. Realtors never know what will be next when it comes to housing prices and demand, he said.

In hindsight, he believes much of the jump was due to the globalization of the real estate market. British Columbia is a desirable place to live and was seen as a bargain by many compared to other world urban centres, said Rishel. That led to five years of solid price increases. The most notable fact about 2006 might be the fact that price increases and sales actually cooled off in the second half of the year. The best year for local real estate sales ever was 2005, Rishel said. "The first half of 2006 looked like a replay of 2005," Rishel said. By the end of the year, however, the number of listings in the Lower Mainland was up by 46 per cent and the price hikes had begun to slow down. The year overall was still great for people selling homes, said Rishel. "2006 shaped up to be the second-best year in real estate ever," he said. While he remains reluctant to predict the future, Rishel said other groups are guessing that the Lower Mainland will see lower but still respectable growth in the housing market in 2007.

"When we look at the market overall, we expect to see a little less frenetic activity over the past 18 months or so," said Cameron Muir, chief economist of the B.C. Real Estate Association. All the conditions that drove prices so high in 2005 are still present, said Muir. B.C. has strong job and wage growth, people moving here from other parts of Canada and the world, and relatively low interest rates. Muir, a Langley resident, noted that there are also local incentives to buy, like the retail corridor along 200th Street and strong job growth in Langley, Surrey, and Abbotsford. "The only thing that's not as positive is home prices," Muir said. With the average price of a listed Langley home approaching half a million dollars, it's getting harder for people to afford a first home. Some buyers are being squeezed out, said Muir. That is leading to the slowing pace of both purchases and price hikes. Muir predicts that increases in home prices by percentage, in Langley and around the region, will be confined to single digits rather than double digits in 2007. The slowing pace of growth has not yet been felt at the Township hall, said Mayor Kurt Alberts. If growth does slow substantially, it will be several months before the planners and clerks who deal with construction applications notice the let-up, Alberts said. "What it means is that there's not as many new applications coming in," Alberts said.

British Columbia is a desirable place to live and was seen as a bargain by many compared to other world urban centres, said Rishel. That led to five years of solid price increases.

So why did prices almost everywhere else in the world also go straight up the last five years? It's fascinating and somewhat amusing how stories are fabricated to explain bubble prices.

At this stage these quotes are so ridiculous to the semi-intelligent observer that they are humourous.

What I find amusing is that the "experts" never, ever, predict that prices will decline over the near future, when the historical fact is that prices decline about 1/3 of the time.

Sort of like a weatherman who never forecasts rain.

What irks me about most talking head media statements is the following:

The talk as if the relationship between prices and "fundamentals" is cumulative and non-relative. As long as the conditions are right, prices will keep going up perpetually, just like a sailboat in good wind. By this logic, the rent to price gap can grow to be infinitely wide.

In reality, prices move PROPORTIONALLY to fundamentals (or at least ought to). That means that prices ultimately will reset to what fundamentals indicate. And that can undo past excesses in a heartbeat (in the absence of worsening fundamentals).

"What irks me about most talking head media statements"

Most of the talking heads are monkeys. They don't do or say anything that would jeopardize their job security and they will continue to gather a paycheque while stretching or ignoring the truth.

Freako - so true on the 'proportial to fundamentals' comment. For example, we can't have the pool of buyers increase by 1% and the pool of supply increase by 2% for an indefinite period of time. Eventually they must meet or shift to compensate for the differential. This is a simple explanation of our current market - too much supply for too few buyers (at current prices) - the supply and buyers will eventually correct and that 'meeting' of supply and demand will likely result in a downward shift from the current price level.

"Most of the talking heads are monkeys. They don't do or say anything that would jeopardize their job security "

As I have stated here and in my final rant at Chipmans, I think there is a problem in the RE industry which worsens the situation.

1. Owners (the majority of participants)are non-investors and relatively unsophisticated for that reason. Rising prices will increase demand rather than reduce it. Emotions run high.

2. Amateur extrapolating investors jump in and compete for with owners for limited supply.

3. Old school cash flow investors are smart enough not to buy, but they are not selling. Buy low, never sell is their motto.

4. Unlike stocks, most real estate analysts have a direct vested interest. There is simply a shortage of analysis which calls a spade a spade. Here is a list of the potential candidates who ought to know what is up:

a) In the case of the industry talking heads (realtors, builders and lenders), I think it is spin at best, incompetence at worst. Most likely the former.

b) The bank analysts are more puzzling. Gomez did call a spade a spade before he left. Pastrick sings the same tune about strong fundamentals. RBC's affordability report is laughable.

c) Investors. To be honest, I think the more "sophisticated" types live in the stone age when it comes to understanding RE from a modern portfolio theory perspective. RE is normally a slow and steady investment vehicle, and just as you don't need to understand how a car works to drive one, you normally don't need to be a finance whiz to be a successful RE investor. However, that also means that there is a dearth of experienced people who realize that what is going on is not pretty f*cking far from normal. Instead we hear the usual blah blah blah about long term, buy and hold etc etc. These investor merrily thumb their noses at opportunity cost because the CF on their low cost base is strong.

And that, my friends, is why most of the concern is coming from the blogging community. In fact, I anecdotally believe that many bubble blogger have a finance background. As such they are not easily fooled by the usual cliches. There are a few economists that do trumpet dire predictions. Shiller (more of a pure academic) and Stpehen Lynch of Morgan Stanley. Their points of view get minimal MSM coverage, but the talking heads get to spin whenever new numbers are published.