The dangers of scapegoating 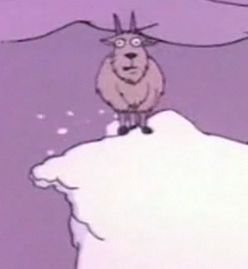 An unfortunate side effect of unsustainable speculative bubbles is the short-term distortions it produces between the balance sheets of the bold and the timid. As distortions continue and late-comers realise they missed the boat (or simply weren't old enough to board it), there will be feelings of unfairness and an innate desire to look for palatable root causes.

vreaa has written on this:

The speculative mania in Vancouver RE had its roots in the early part of last decade. Vancouver housing was already pricey by Canadian standards, the good-weather premium was baked in. Things really took off after 2003, when very low interest rates allowed home prices to divorce themselves from fundamentals such as local incomes. This effect occurred in all major Canadian centres, it was a monetary and not a local effect. Through 2004, 2005, 2006, 2007, local Vancouver speculators threw themselves onto the fire, borrowing large amounts to buy primary-residences and ‘investment’ properties at prices that were only justifiable if you thought that prices would continue up forever...

...Canada’s policies of multiculturalism encourage people to celebrate their differences. This is hunky-dory when everybody is rich and has adequate resources; it is easy to celebrate your neighbour’s good fortune when you are experiencing similar luck. But, if you put the economic screws on a society that has been encouraged to emphasize difference, it is probably more prone to developing ethnic fault-lines than a society that puts more effort into celebrating similarities.

There has been more and more media prominence given to foreign buyers recently. Local politicians such as Peter Ladner are pointing to this group as the cause of our lofty prices. We are concerned that many are going to be getting their wires crossed by associating foreign buyers with the existence of the bubble. There is a very real subsequent risk that many of those who suffer the consequences of the imploding Vancouver RE bubble will mistakenly blame foreign buyers and, by extension, specific ethnic groups, for the whole phenomenon, and for the inevitably devastating outcome.

A wonderful post by vreaa. A derivative danger to capital inflows piled on top of an already frothy market is to find scapegoats for what is primarily a locally-driven problem, as occurred in 1994.

Nonetheless there are signs that foreign capital flows are causing asset price distortions, and not just in Vancouver. As mentioned in a previous post, the Bank of Canada understands that foreign capital investment within Canada must be weighed against the underlying business case. On this front Vancouver seems prime as a case study of ignoring this guideline.

I share with vreaa the concern that some individuals will inevitably look to incorrectly attribute the problems of high prices to actors in abstract -- oft distant groups -- and not to the underlying issue, namely pouring into poorly-yielding investments, whether funded from foreign or local capital sources, the proverbial elephant in the room.
Posted by jesse at 5/18/2011 10:42:00 AM