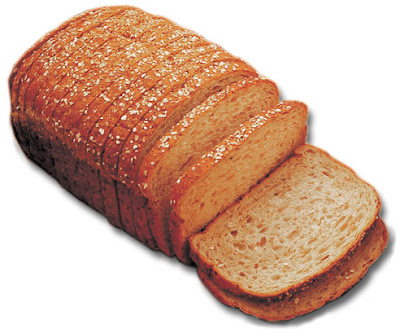 CHICAGO, Jan 11 (Reuters) - U.S. grains exploded on Friday, with bullish government data helping corn, soybeans and wheat soar and build on their impressive gains in 2007 while raising concerns over food price inflation that has been edging up.

The catalyst for the rally was a slew of reports from the U.S. Agriculture Department on crop production and stocks in the United States and across the globe -- keenly awaited data that had a few surprises in store for traders.

"What a report today," Rich Feltes, senior vice president of MF Global said. "Corn stocks tops the list of surprises. Corn could quite easily be limit-up today," he said on a CME Group-hosted panel discussion of the reports more than an hour before the Chicago Board of Trade opened for business.

Corn futures did open 20 cents per bushel higher, the most the market can move either way on a day, and ended that way.

Soybeans and wheat futures also rose by the daily trading limit of 50 cents and 30 cents a bushel, respectively.

"It's like a perfect storm," said analyst Dax Wedemeyer of U.S. Commodities, based in West Des Moines, Iowa.

He said high prices for corn, however, along with those for wheat and soybeans, could translate into further increases in the price of food products for consumers.

"For the buyer, obviously there will be economic concerns because before too long this will cause higher prices for food. We are already seeing this happen," he added.

MF Global's Feltes said the USDA needs to "choke off ethanol usage in the country," adding that the high price of corn, fueled in part by demand from the renewable fuel sector, was hurting livestock operations that depend on corn for feedstock.

He said the livestock sector was going "deeper into the red" because of the high cost of corn, which gained 14 percent in value last year and hit 11-year highs this year.

The U.S. Agriculture Department on Friday forecast U.S. surplus corn stockpiles at 1.438 billion bushels at the end of the 2007/08 marketing year on Aug. 31.

The USDA forecast wheat ending stocks in the 2007/08 season that ends May 31 at 292 million bushels, up from its December estimate of 280 million bushels and compared with 271 million estimated by traders and analysts.

Feltes said grain and oilseed markets are going to be very sensitive to developments in crop weather in South America, where Brazil and Argentina are key producers of soybeans, corn and wheat.

He said CBOT futures posted gains in Asian trading hours on Friday "just on a turn in the Argentine weather to a drier tone."

Dan Basse, president of research firm AgResource Company, told the panel that the reports would put pressure on the USDA to move land out of the Conservation Reserve Program, where farmers are paid to idle farm land for environmental reasons.

Email ThisBlogThis!Share to TwitterShare to FacebookShare to Pinterest
Labels: inflation

I am not surprised. Using food crops for fuel is insane, ezpecially since ethanol and methanol can be made from the silage.

It's kind of poignant though, the food staple of Mexico being shanghai'd to power Norte Americano SUV's.

I think you had a thread back a bit ago on investment. My take is financials, energy, and perhaps precious metals are out, telecommunication and especially agriculture are in. It's my bones talking, so do your homework. Not intended as financial advice.

Oh, and it's kinda tough to grow food in a CONdo...

The funny thing is, it takes massive amounts of petroleum to grow corn and wheat with modern methods. The caloric value of the petroleum use in the agro-manufacturing of corn is supposedly greater than the caloric value of the corn itself. It follows that it would be much more, efficient, and therefore eco-friendly, to burn the diesel directly rather than the ethanol.

Darn!! I knew I should have bought food stocks not just gold!

Using food crops for fuel is insane, ezpecially since ethanol and methanol can be made from the silage

That is an understatement. Economically illiterate greens and and people who heed their advice are very bad for the environment.

I'd say ethanol is more about targeting votes than it is about environmentalism. I don't recall hearing environmentalists spending their efforts arguing in favor of corn-based ethanol; instead it tends to to be politicians such as Bush and also politicians from the corn-producing states.

If you just do a google on "greenpeace corn ethanol", you will find all sorts of attacks from the real greens on this issue. Like this

"Growth of the corn ethanol industry in California is fraught with unintended consequences, none of which are beneficial to the economy or the environment of the state. They include impacts on our overcommitted water resources, on our air quality, on the price of food, and on the financial burden to citizens while private investors profit."

Agree with Panda, this is just a payoff by Bush and friends to their farm constituency, which the public can blame on the greens.

Gee, sort of like the housing bubble, which the PTB are now trying to blame on "subprime" borrowers (hint, hint).

Patriotz, you really are one-gear engine.

Bush supports subsidies, but the spending is coming from the Democrat-led Congress, which will quadruple those subsidies in the new energy bill.

Hillary and Barack also support subsidies. And when Bill Clinton was president, he backed ethanol over the objections of the Republican Congress at the time.

What is it about Bush that causes otherwise reasonable people to live in a world of delusion and paranoia?

What is it about Bush that causes otherwise reasonable people to live in a world of delusion and paranoia?

Perhaps his delusion and paranoia?

I'm not an economist, but the data seems to be pointing to a 70's style stagflation. What's different this time is that the bond market doesn't seem to have recognized it yet.

Bond vigilantes just aren't what they used to be, but then again, neither are the govt's CPI numbers.

Using any agricultural product to fuel vehicles is a completely braindead idea on scientific, economic and environmental merits. We are better off using the food to power ourselves and the other hungry people around the world rather than our fighter jets, tractors and SUVs.

Additionally, coal liquifaction provides an excellent oil substitute for most common uses and coal is also cheap and abundant around the world. It doesn't win any votes though.

Something that I found to be a kind of kismet is the algal blooms off of the Mississipi. Shell is working on producing ethanol from algae. I'm not excusing the algal blooms, just an interesting connection.

This topic is a can of worms. A point to be noted is the water consumption, and the fertilizers made from fossil fuels required for growing corn, and (water consumption) in producing ethanol. Pandora's box comes to mind.

I meant Mississippi (there is something to be said for proof-reading before publishing...).

And when Bill Clinton was president, he backed ethanol over the objections of the Republican Congress at the time.

Just how did Clinton spend money or make laws "over the objections" of Congress?

I know quite well that farm subsidies have been a traditional plank of both the Democrats and Republicans. But the fact is that Bush has signed every piece of legislation authorizing farm subsidies since he was elected, whatever party controlled Congress at the time. The buck stops with him.

And if Bush's successor, whoever it might be, continues with the same I will gladly point the finger at him/her.

The inevitable collapse of the dollar.

Make what you will of it.