Featured here, our Home of Insanity is located in 'Langley Meadows' subdivision near Willowbrook Mall and other Langley shopping. When I was growing up, in the area, Langley Meadows was affectionately known as "Langley Ghettos" because the homes are on small lots and they are typically of a somewhat substandard quality and were inhabited by the lower income strata at the time. They were largely built during the late 70s and early 80s. Many of the builders who built the homes went bankrupt during the 1981 crash as the homes they built, at the time, were selling (pre-bust) for $150,000ish and sold only a couple years later for $75,000ish (post-bust). The homes were aimed at the first time homebuyer and were built with affordability in mind - clearly that isn't the case any longer.
Let's have a look at one of the more pricey homes in the neighbourhood.
MLS# F2722600 - 2825 WOODLAND DR, Langley, BC - Asking Price = $459,900 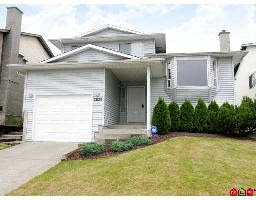 Small lot, unfinished basement, moderately updated but nothing special and all for a monthly mortgage payment of $3000 + $200 / month property tax + $200 / month maintenance. Why buy when you can rent the whole thing for less than $2000 / month.
The divergence here exists between the least expensive home in the neighbourhood with MLS# F2716966. 2610 WILDWOOD DR, Langley, BC - Asking Price = $389,900 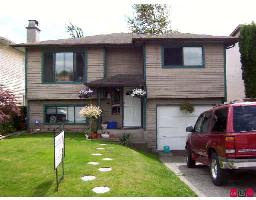 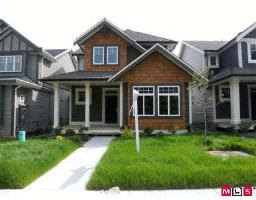 On another note: I looked in the living-room window of a newly finished, still for sale duplex in Burnaby. I could see through to the doorway into the kitchen, and a kitchen door leading outside. Neither the front window nor the 2 doorways were square nor aligned with each other. Real horrorshow.

"Neither the front window nor the 2 doorways were square nor aligned with each other. Real horrorshow."

That doesn't surprise me at all, I've seen signs all over construction sites which read "Help wanted, no experience necessary". Makes you wonder doesn't it? It's enough to give Mike Holmes a heart attack.

You may also say that's insane to buy an European car instead of say, Japanese one of better quality, or a diamond ring instead of paying a mortgage, or a famous brand pair of jeans instead of no-name one.

The fact is the value of homes can no longer be derived from simple, physical quantities. You have to add psychological factors, such as: the state of hapiness I achieve from beeing a home owner is worth $$$ for me, just like knowing that I drive a BMW instead of a Toyota may give me more satisfaction.

How about the state of sadness and depression as you realize you are locked into a hunk of land and some raw materials for the next 40 years. Basically slavery.