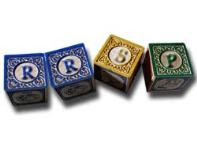 Its that time of year, during the month of February, when we hear non-stop commercials from the major financial institutions about RRSP this and RRSP that. Get a loan. Invest now. It goes on and on. I wanted to briefly comment on this fervour in an informing way that I hope will dispel some myths and encourage some sound behaviours.

What is an RRSP?

Quite simply, an RRSP is an account that is registered with the Canada Revenue Agency as a retirement savings account. This registration allows investments held within the account to grow without the yearly impingement of taxation on the investment earnings. This registration also causes the CRA to allow RRSP contributors to deduct the contribution from their income and deferring that taxation until the contributor withdraws the funds. There isn't really much more to it than that.

It works like this:
January 7th, 2007, Joe puts $1000 into an RRSP account and buys a 4% GIC. During 2007 he earns $40 of interest income which he is not taxed on because it is within a RRSP account - this protection continues until he withdraws the money from the account. He also receives a slip as a confirmation of his contribution and he is allowed to deduct that from his 2006 income resulting in a $200 to $400 tax refund, depending on his marginal tax rate. Don't worry about the CRA though, Joe will pay those taxes back plus more when he withdraws his money, hopefully in retirement!

If Joe invested that same amount of money in a non-registered account he would pay $8 - $20 of taxes on his $40 of interest income every single year, depending on his marginal tax rate. Of course that taxation reduces his overall rate of return.

Canadians, given the right circumstances, should use RRSP accounts for the obvious benefit of allowing the investment earnings to be untaxed until withdrawal. From what I see, this is not why most Canadians have an RRSP account. Most have simply just followed the advice of their financial institution not really giving much thought to actual retirement or investment planning. This isn't necessarily a bad thing since it encourages people to set aside money for the future, something that is quite important, but it is generally done with the care and planning it should be done with.

What I see on a day to day basis is the obsession with the yearly tax deduction and a general lack of care and a misunderstanding about the actual investment choices within the RRSP account. The majority of people display their misunderstanding by referring to an RRSP as an investment - it is not an investment - it is only a type of account which can hold investments. The annual obsession is also harmful in another way, which is, not encouraging a regular dollar-cost-averaging plan which would involve regular monthly or weekly contributions. This method is far more disciplined and results in more savings and better investment growth over the long term. It also helps people avoid things like RRSP loans and the mad scramble for cash at a tough time of year.

All of that said, many Canadians do make good choices about using RRSP accounts for the obvious benefits and do understand the positives and negatives associated with these accounts.

What are some of the social behaviours you have witnessed regarding the RRSP season?
Posted by mohican at 2/21/2007 08:01:00 AM

I have to admit I am often guilty of dumping whatever money I have around into my RRSP at the end of the year. That being said I am a habitual saver so it usually ends up being near my max contribution anyhow.

Lots of my friends all get loans...

When I was a practicing accountant I would see people make the worst decisions based on getting the deduction. One of the main things is placing appreciating assets, such as stocks, in their RSP. This is bad on three levels. The first is that if you lose money on the stock, you can't crystallize the loss. The second is the deductibility of interest. If you buy 50K worth of stock using a loan, you can write off the interest, but you can't do it if the stock is held in an RSP.

The final, and biggest, is the taxation when you liquidate your investments. Let's say you buy 100K worth of stocks and in ten years it doubles to 200K. When you pull that 200K out of your RSP, you are taxed as if it were ordinary income. If you pull it out over 8 years, you would be paying tax on $50K of income each year. If you kept it outside of your RSP, you would only pay tax of 50% of the capital gain, or on 50K over the whole 8 years.

As you have stated, people need to think about what they are doing.

Say in your example - I get the $400 Tax return... if I do this before the end of Feb, then I can claim that on the Tax return, thus now my contribution is $1400... my refund then goes up, I change the amount to that new amount and the refund increases a bit more. Eventually you find the level off point... I would think this should be mentioned more, or it is assumed in which case, I am very surprised at the number of people and especially young people who do not know this and miss out. I didn't start doing this until I was 26 or so and wish I could have went back...this type of stuff should be taught in high school along with 'don't buy what you can't afford' and 'a mortgage is not an ATM - here's why' and 'why some people don't really qualify for that much of a mortgage even though the bank says so'

RRSPs are obviously an excellent tool for tax reduction, but I think people contribute blindly without looking at a few factors:

1. Don't overestimate the amount of money you need to retire. When you turn 65 you'll be earning:

a) OAS (like $400 a month, but hey, free money)
b) CPP (results may vary, i'm optimistic that it will be around for a long time in Canada, good luck if you're US)
c) Possibly a pention from your workplace.

2)You should own your own residence by then and so you can eliminate that from your cost of living.

That's for thinking about your end goal and what you'll need in that RRSP pile.

The second part to think about it this. Don't contribute if:

a) You have credit card debt(!) Pay it off damnit! I see people do this all the time

c) Mortgage... the jury is out on this one, but look at your marginal tax rate and your mortgage rate, size of principle remaining, etc. You may be better served with additional payments on the "big loan".

bc_cele makes a good point about not being able to take losses on your RRSP investments. A GIC isn't necessary, but I highly recommend a solid, slow growth fund. If you want to invest in more risky ventures, do it on the stock market with your after tax money. You can write off capital losses.

What is this RRSP thing you speak of? =)

If I was looking to become independently wealthy, over a slow time frame and go for early retirement. Wouldn't it make more sense to invest into dividend paying stocks?

My thought is that rather then focus on needing $X for retirement. To focus on acquiring dividend (or something else) type stocks that pay out $50k-$100k a year. Or whatever I need to live on.

Though instead of focusing on the end dollar amount. Taking it in smaller chunks. I need $X of companyA to pay for my cable bill, then $X of companyB to pay phone bill.

I have another good 20yrs of working life in me to accumulate it. And in theory to me, sounds reasonable. But I don't really know.