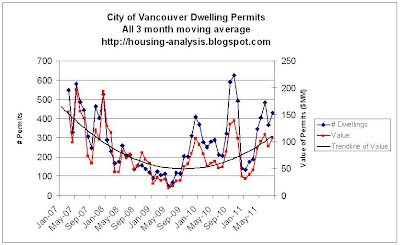 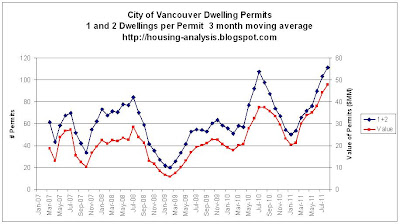 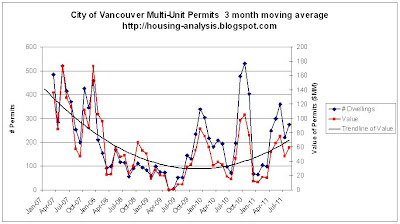 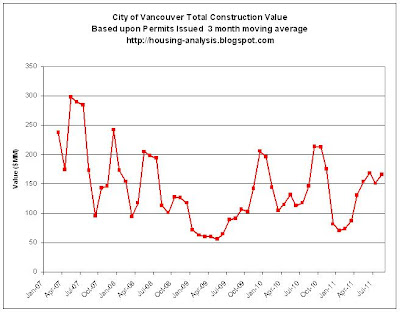 Analysis:
1. There has been a sustained rebound in multi-unit permits starting in late 2009 and continuing into 2011.
2. The detached construction market is hot right now.
3. As I stated earlier this year, "I would not be surprised to see detached permit applications rebound going into the first half of 2011." And... yes.
4. Laneway housing, though not explicitly tracked by me, continued its upward trend. As I mentioned last time, "I would expect to see a continued increase in laneway housing permits, barring any major pullbacks in the availability of credit." This has turned out to be correct.
5. Total construction value, including residential and commercial, is not high by historical measures.
6. Given increased multi-unit construction in 2010 and detached construction in 2011, I expect increased dwelling supply entering the market in early 2012.
Posted by jesse at 10/03/2011 04:09:00 AM